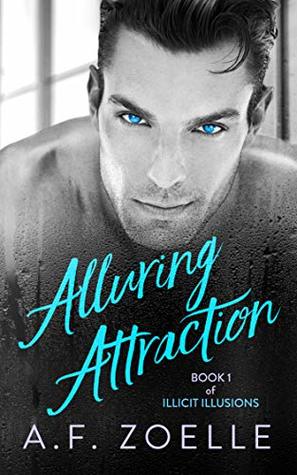 Ryder and Hunter are in the same classes at university, but they don’t get along. They compete for the top grades and often get into heated debates that consume large portions of class time. One night Ryder reluctantly accompanies a friend to an exclusive brothel only to find that Hunter works there. He selects Hunter, to find out if it’s really him, and they both admit to being attracted to each other. They sleep together, and a few nights later, Ryder comes back for more. Hunter isn’t working at the brothel voluntarily, and Ryder’s visits are the highlight of his nights there. Until the brother owner, Hunter’s adoptive dad, realises that Ryder and Hunter are getting too close, and threatens them both. Meanwhile, Hunter has a new co-worker that he can’t resist.

This story is told in third person omniscient point of view, which would be fine, but the point of view changes from paragraph to paragraph, and sometimes even within a single paragraph. It took me a long time to be able to move past that. Aside from that, the writing style is very good, but I definitely think the book would be greatly improved if the author was able to maintain a single viewpoint for each chapter.

‘Ryder shrugged, not really caring one way or another. “I don’t know. I mean, I guess it could belong to a relative or something?” He sounded somewhat uncertain.’

I thought the characters were great, and I thought Hunter was particularly strong. It would be good to be able to see some balance in Hunter’s dad, because no one is totally evil, and yet we don’t see any balance there.

The author mentions multiple times that Hunter and Ryder are rivals, but we don’t really get to see that. It’s still being mentioned at the end of the book during sappy romantic or sexual times, when the characters are WELL past thinking of each others as rivals, and it feels a bit forced. Like the author can’t think of another word to use, because boyfriend and lover don’t quite fit.

‘Letting his thumb trail from the knuckles down to the tips of Ryder’s fingers, Hunter maintained eye contact as he slowly leaned forward and reverently placed a kiss on the back of his rival’s hand.’

Although Hunter works at a brothel, I was surprise by the steamy scenes between him and Cesare. The first one felt like it was moving the story along and letting the reader know more about Hunter and the situation he was in, but the more that Hunter and Cesare were together, the more Hunter seemed to be falling for Cesare. He thought Cesare was more satisfying in bed than Ryder. At that point I was like ‘Woah, where is this story going again?’ Actually, the title of the book, Alluring Attraction, seems more suited for Hunter and Cesare than Hunter and Ryder. But Cesare isn’t even mentioned in the blurb. I’m so confused!

‘Being with Ryder was its own form of incredible pleasure, but getting fucked by Cesare was physically gratifying all the way to the core of Hunter’s soul.’

I think the story has potential. If the point of view issue was fixed, it’d be an easy read. Aside from that one (major) issue, the writing style is great. The story has good pace and a perfect level of conflict to keep the reader engaged. The main characters are interesting and likeable, and it would be easy enough to add some depth to Christophe. I’m just not sure where Cesare fits into things. And ugh, cliffhangers. I gave the book two stars because I think it needs some more editing.

I received an advance review copy for free, and I am leaving this review voluntarily.