As promised, photos from the Auckland Anniversary Day celebrations, which was Monday 29 January.

Auckland Anniversary Day is a public holiday in Auckland, New Zealand.  The whole long weekend (because the holiday is Mondayised) is a celebration of Auckland, and that usually means a pretty heavy focus on the harbour.  After all, Auckland is ‘the city of sails’.  The Auckland Anniversary Regatta is the largest single-day boat regatta in the world (according to Wikipedia).

We started at the port, which was partially open to the public.  They had helicopter rides (which were a little beyond our budget), boat rides, etc.  They had water cannons spraying the crowd with water, which was very refreshing.  It was damn hot!  They also had free sunscreen and drinking water available, which was much appreciated and we made liberal use of.  I even ended up tipping water over my head just to cool down. Despite all the sunscreen I did a little burnt, but thankfully not too bad.

There were food stalls everywhere, with everything from seafood to hot dogs, to traditional Maori or Pacific Island food.  The kids got frozen ice treats with the little bit of spending money I gave them.

There were buskers everywhere, playing music, frozen still like statues or performing magic or acrobatic tricks to entertain the public.  My daughter and her friend liked the acrobatic ones best.

There were, of course, plenty of boats out on the harbour, including traditional Maori and Pacific Island canoes and boats. 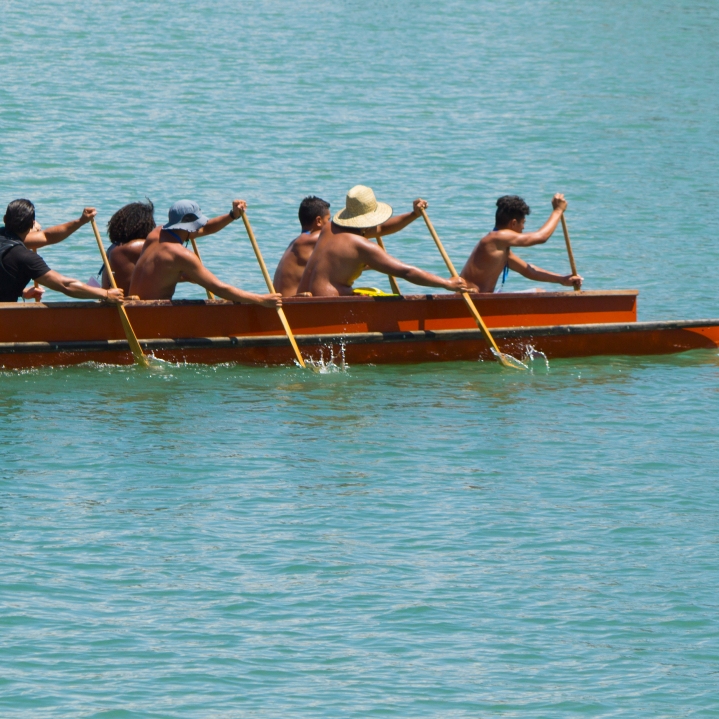 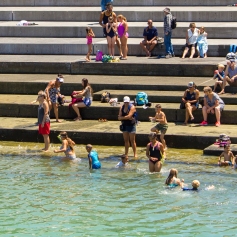 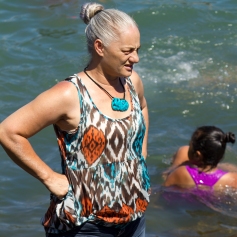 So there you go.  Happy anniversary, Auckland!